Saudi Arabia, the birthplace and spiritual home of Islam. For Muslims, the cities of Mecca and Medina, rich in Prophetic significance, have no equal, while the carved temples of Madain Saleh, known as the second Petra, and the sophisticated rock art at Jubbah are the Kingdom’s greatest pre-Islamic treasures.

Over the past two years, the government has also announced the launch of several ambitious projects, including an entertainment mega-city in Riyadh (reportedly, twice the size of Orlando’s Disney World), a futuristic beach destination along the coast of the Red Sea, and restoration of UNESCO World Heritage sites.

By 2030, the government expects 100 million annual visits, increased foreign and domestic investment in hotels and associated amenities, the creation of million jobs, and an increase in tourism revenue from the current 3% to 10% of the country’s Gross Domestic Product.

If you find yourself heading to Saudi Arabia to explore the land uncharted to tourists, here are a few basic tips for first-time travelers to the Saudi Arabia.

The unit of currency is the Saudi riyal (SR).

Saudi Arabia has a desert climate. In seaside Jeddah it is warm for most of the year, though winter is probably the most pleasant time for a visit. Riyadh, which is inland, is hotter in summer and colder in winter, when occasional heavy rainstorms occur.

April through October have daily temperatures above 40°C, high humidity along the coast.

Winter is, definitely, the best time to visit. 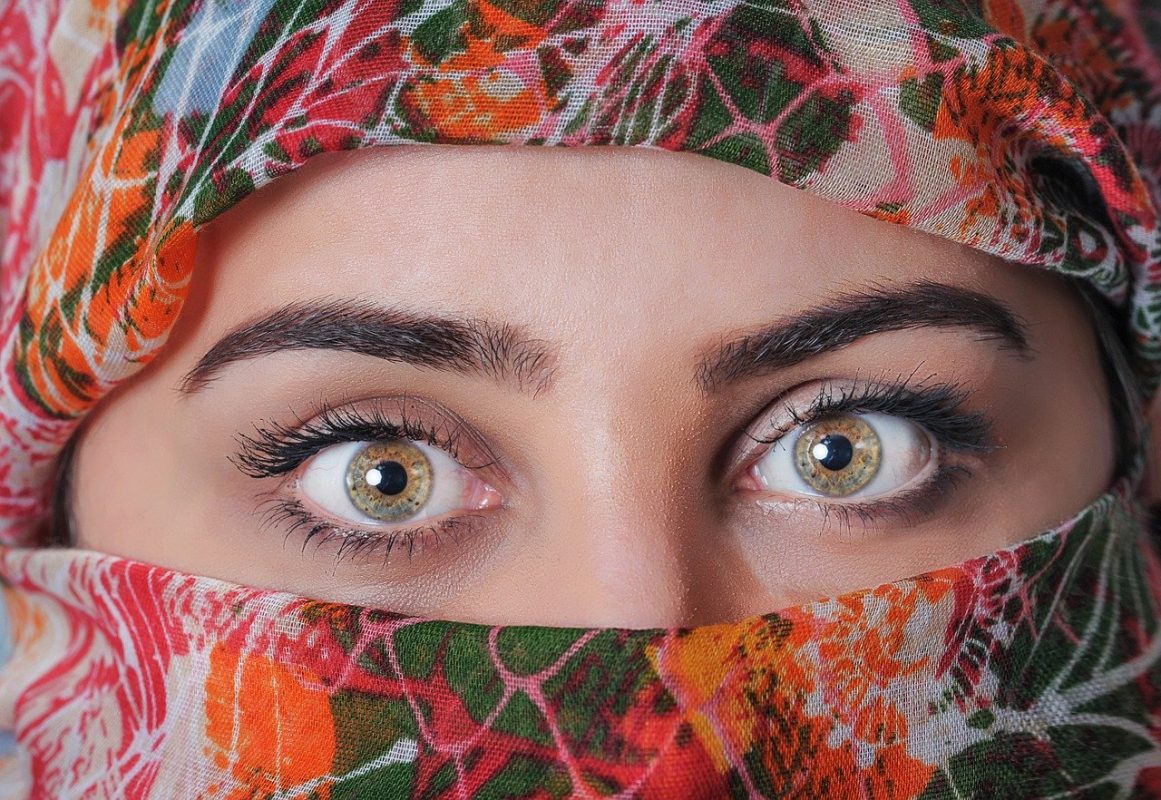 A southern cousin to the staggering Jordanian site of Petra, the ruins of Medain Saleh are one of the true wonders of the world. Across a wide plain there stands ancient sandstone mountains, into which the Dedan people thousands of years ago carved temples and burial sites.

Explore the ornate ruins of Timna and Shiban, ancient cities resting amidst orchards of pomegranates, limes and bananas.

Reliving the capital’s capture beneath the mud-brick ruins where modern Saudi Arabia was born.

Standing atop the Kingdom’s tallest peak and exploring its mysterious villages, the astonishing landscape and wildlife of the Asir are a range of coastal mountains and the only part of the kingdom where there is significant wild vegetation.

Taif is Saudi Arabia’s official summer capital due to its pink palaces in between the stunning cliff-tops.

View a picturesque settlement of fishermen and weavers on Tarut Island in the east of the country. It is also the site of the oldest town on the peninsula.

Muslim visitors can make a pilgrimage to Mecca, which during the annual holy month of Ramadan can find more than two million visitors traveling to Saudi Arabia for the holy rite. A full visit will include time at the Kaabah, the Mountain of Light, the Plain of Arafat and the House of Abdullah Bin Abdul Muttalib, where Muhammad was born. Non-Muslims are forbidden from entering these holy sites.

Make a splash in Obhir Creek

Enjoy the Obhir Creek, north of Jeddah. It has good facilities for watersports, including swimming, waterskiing, fishing, snorkelling and sailing. The Red Sea waters here are among the most beautiful in the region.

The 5,000-year-old saltmine in Abqaiq is still in operation and you can see it in action while visiting.

The camel market in Hofuf

Discover Hofuf, at the centre of the great Al-Hasa oasis, where you’ll encounter a traditional Saudi camel market. This is where local agriculture thrives and no visit is complete without a complete sampling of fresh and dried Saudi dates.

The royal city of Riyadh

Visit the royal capital, Riyadh, a modern city built on the site of the first town captured by Ibn Saud in 1902. The only trace of the old town that remains is the Masmak Fort and a few traditional Najdi palaces near Deera Square.

The arrival of flynas and flyadeal has brought down the traditional cost of domestic flights, once only operated by Saudia Airlines.

This means getting to almost every corner of the Kingdom by plane is a lot cheaper and quicker than driving. Where you can, you should fly: it will shave hours, if not days, off your journey. The national carrier is Saudia Airlines.

Trains in Saudi Arabia are safe, reliable and very comfortable. Prices are extremely reasonable and where possible should be used as an alternative to buses, driving or flying. The country has three train routes:

There are three classes: 2nd, 1st and VIP class. The main difference between them is legroom (plus TV and a meal in the splendidly named ‘Rehab’ VIP class). All classes have access to the train restaurant.

Reservations and bookings can be made at the stations, by phone or online:

The border-crossing between Saudi and Iraq is reported open from October 2019. There is also a plan to open a new road that links Saudi Arabia and Oman.

It is possible to drive from Bahrain, Jordan, Kuwait and the United Arab of Emirates to Saudi Arabia.

The excellent Saptco national bus network is often the cheapest and easiest way to get around the Kingdom, especially to the more remote corners, as there always seems to be a Saptco station nearby, even if it’s just a place the buses pull into.

When purchasing bus tickets, you’ll need to show your passport (for visitors) or iqama (residence permit; for expats). During hajj season, Ramadan or in summer (May to September), booking at least a week in advance is advisable.

Despite an improving public transport system, Saudi Arabia remains a country that glorifies the private car. Roads are generally sealed and well maintained.

International and local car-hire agencies can be found in most airports, including some regional ones, and in all the larger towns across the Kingdom. They will only rent cars to foreigners if an International Driving Permit is presented.

Taxis are found in most of the larger towns and are known as ‘limousines’; they can be hailed anywhere. Many major cities and towns also support the ride-hailing apps Uber and Careem. 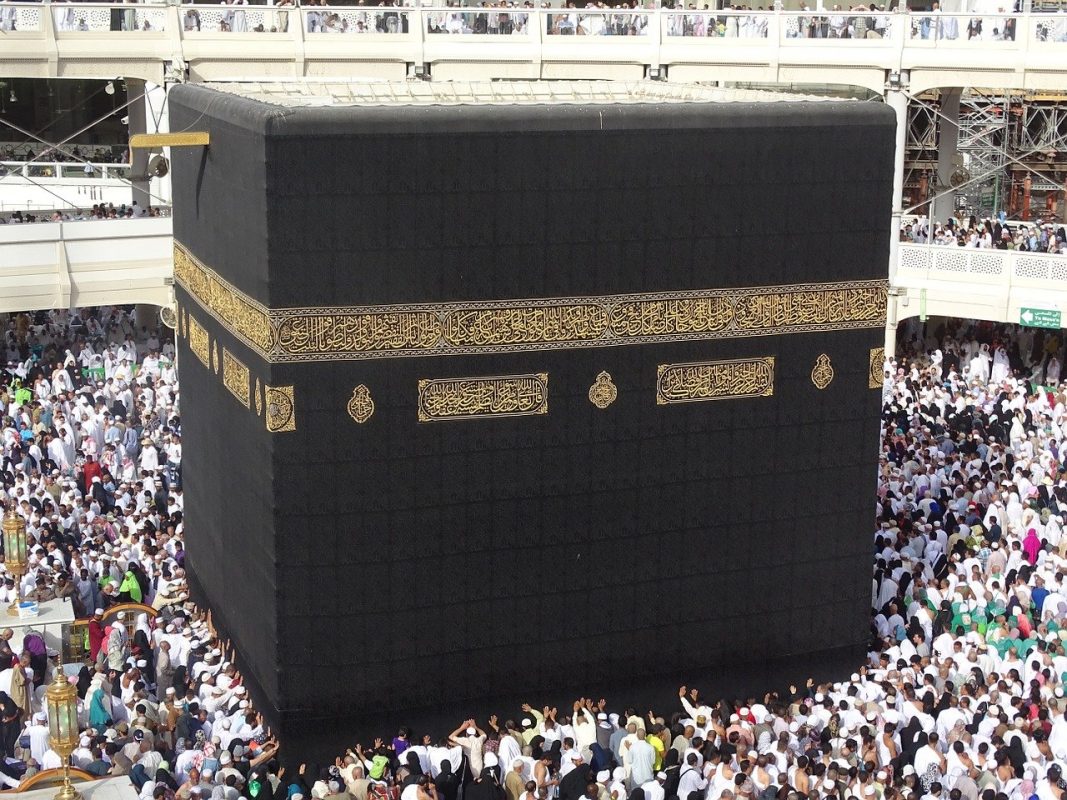 Located adjacent to the Masjid Al Haram, Makkah Clock Royal Tower, A Fairmont Hotel boasts a prime location as the closest hotel to Kaaba and yet the best for Umrah and Hajj. Standing as one of the world’s tallest buildings with 76 floors, Makkah Clock Royal Tower, the focal point of the Abraj Al Bait Complex, part of the King Abdul Aziz Endowment Project, is the iconic symbol of hospitality in the Holy City.

In addition to the ultimate comfort and casual elegance of the 1650 guest rooms suites and Residences, the five-star hotel provides 56 elevators that allow easy access to and from Al Masjid Al Haram. Combining luxurious design with the warm tradition of genuine Arab hospitality, the nine state-of-the-art dining venues are perfect for accommodating a wide range of social events and intimate gatherings.

Amidst the grandeur of the Abraj Al Bait complex, 1,315 spacious suites and deluxe rooms offer in-room audio of prayer services at Masjid al-Haram.

Savour international cuisines in all-day dining restaurants, grab-and-go from Tea lounge, or order in-room dining 24 hours a day. The hotel envelops you in an atmosphere of spirituality for a memorable experience.

Millions of Muslims perform the Umrah and Hajj pilgrimage to Makkah every year, joining pilgrims from around the world at the magnificent Masjid al-Haram mosque. Hotel guests can enter the mosque directly through a direct access of King Abdulaziz gate.

Swissotel Makkah offers 1,487 elegant rooms and suites with modern contemporary design that complements the rich, hospitable values of Arab culture. The hotel includes two restaurants, one meeting room, and one business centre. With private entrances that make it easier for pilgrims to reach the Masjid Al Haram, Swissotel is also the only property in the Abraj Al Bait Endowment with a direct entrance through Ajyad Street.

Set just outside the haram, Shaza Al Madina combines sophistication and location in effortless style. Awake to the beautiful sound and sight of the muezzin calling for prayers across the still dark skies awaiting the first blush of dawn. 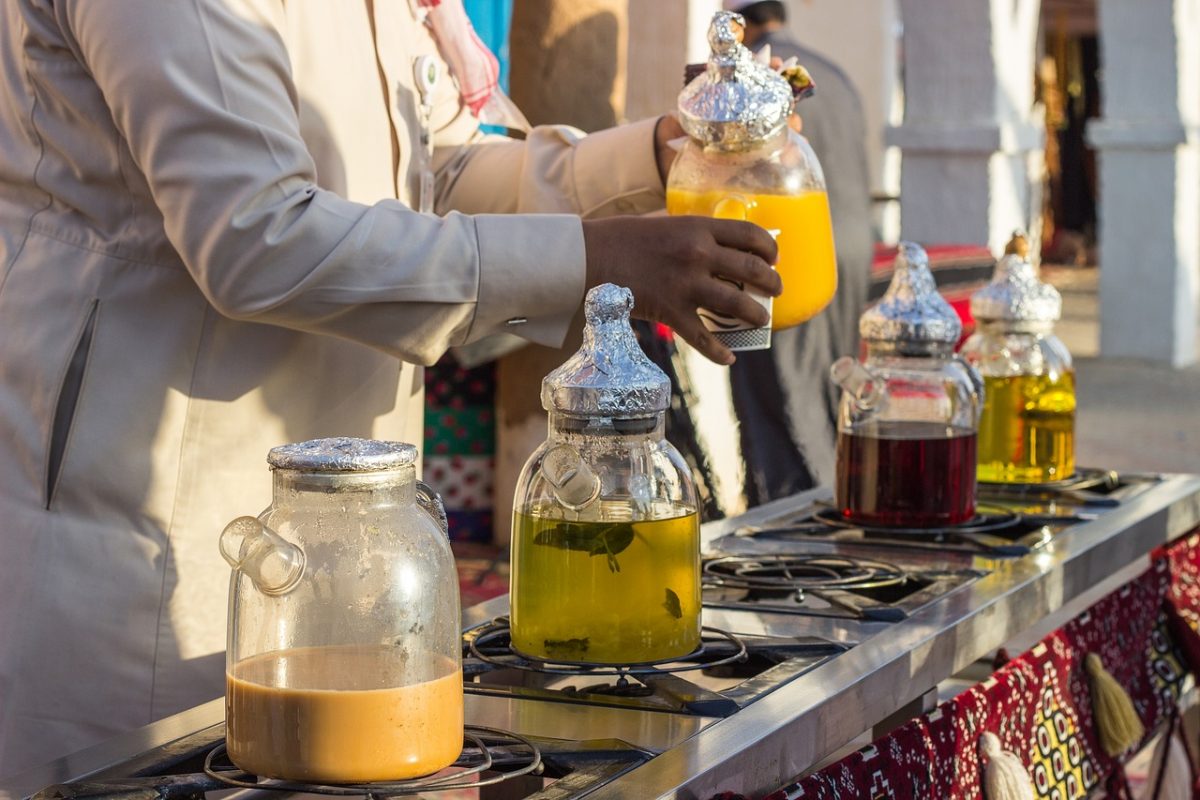 With a warm, inviting ambience and delicious all-day dining, Al Orjouan has established itself as a favorite among hotel guests and Riyadh residents alike. The Friday brunch buffet at the restaurant is particularly impressive; with a sumptuous spread of Middle Eastern and International specialties, it is the longest and most lavish buffet in the city.

The signature restaurant at Al Faisaliah Hotel, The Globe is one of the most unique in Riyadh. Located in the spectacular golden sphere that tops Al Faisaliah Tower, this destination dining sensation offers a unique perspective of the Kingdom’s first city.

The ALBAIK story began in 1974 in the city of Jeddah in the Kingdom of Saudi Arabia when the late Shakour AbuGhazalah saw there was a need for high quality affordable food, served fast and courteously, in a clean and inviting environment. Putting all his hard earned savings in this venture, Shakour signed an exclusive agency agreement with a company abroad for usage of proprietary deep-fried chicken spice blends and equipment, being the first in the market to introduce the “broast” chicken concept in all of Saudi Arabia.

How to Stay Safe in Saudi Arabia

Is Saudi Arabia Safe for tourists? Yes, Saudi Arabia is safe for tourists. As with travel to any other country in the world, be respectful of local rules and customs, be mindful of your surroundings, and carry out due diligence before traveling. Be sure to consult travel advisories before your trip.

Saudi Arabia feels remarkably safe, with very little visible crime. The area close to the Yemeni border has been considered off limits to travellers given the ongoing war.

Saudi Arabia has one of the highest incidents of road fatalities in the world. The coastal road that links Jeddah to Jazan (Road No 55) has the highest fatality rate in the Kingdom. Some drivers outside towns at night drive with one light or no lights on.

Western women travelers sometimes report stares, leers and obscene comments. It is rarely more than this, however, and the social disgrace that comes from having touched a woman in public is one of the most effective weapons against this. If a harasser persists, report him to the police or security officers who can be found on most streets and in most malls in the Kingdom. The more conservatively you dress, the more conservatively you will be treated, particularly if wearing a headscarf.

Saudi Arabia is very security conscious. Checkpoints around cities and on highways remain common, and security is tight around residential compounds and embassies despite few incidents of concern in the Kingdom in recent years.